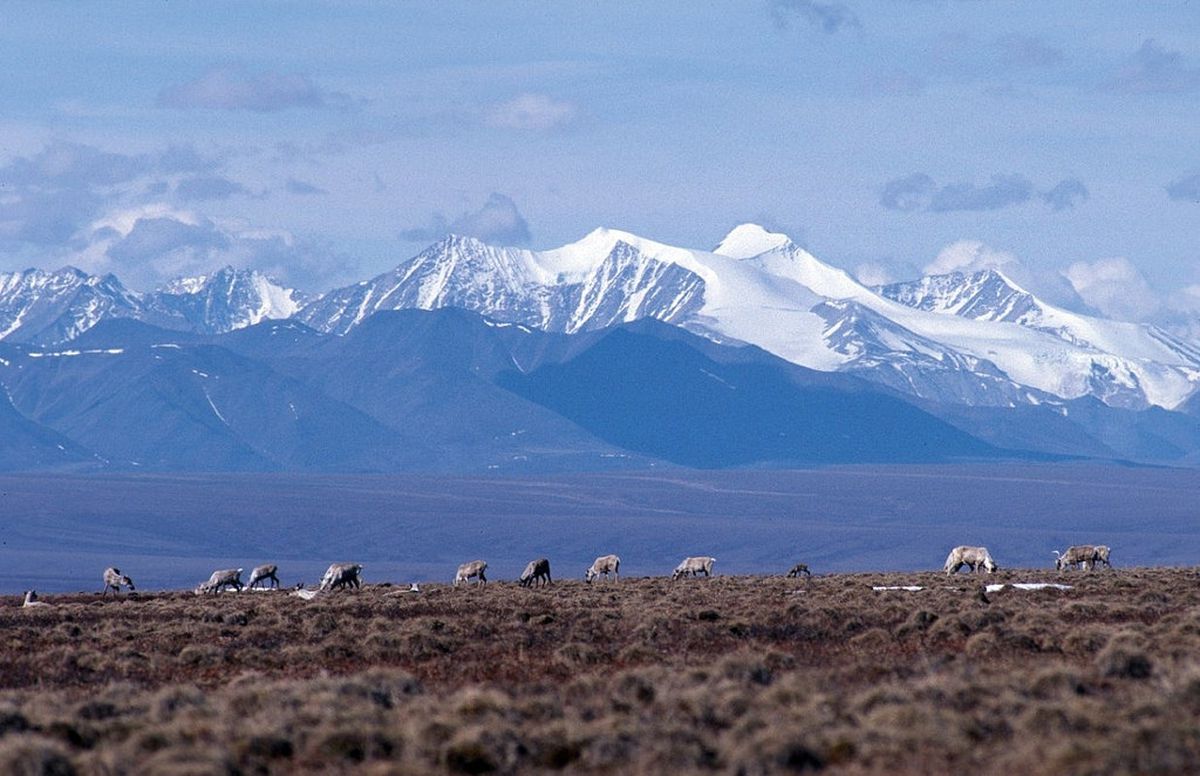 A federal agency on Thursday recommended a plan to offer the entire coastal plain of the Arctic National Wildlife Refuge in Alaska for lease to oil and gas companies, rejecting more restrictive alternatives and setting the stage for the federal government’s first lease sale there by year’s end.

The Bureau of Land Management plan, contained in its final environmental report on the impacts of leasing in the refuge, could allow the oil industry to nominate tracts from the entire 1.6 million-acre coastal plain, about 8 percent of the refuge.

The recommendation offers the most acreage available for petroleum extraction, compared to a list of options the agency proposed in a December draft report. But it would restrict surface use in many areas, such as near rivers and coastal areas, and land used by climate-threatened polar bears and caribou.

But Alaska leaders applauded the proposal, saying it would lead to balanced development, helping the economy without hurting the environment.

“This is a major step forward in our decades-long efforts to allow for responsible resource development in Alaska’s (coastal plain), and I thank Secretary (David) Bernhardt and his team for their thousands of hours of hard work,” said Sen. Lisa Murkowski, R-Alaska, in a statement.

“Forty years after Congress selected the Arctic coastal plain for potential energy development, the Trump Administration is making good on that decades old potential,” Gov. Mike Dunleavy said. “I join with all Alaska governors since 1980 in assuring the nation and the world that we develop our natural resources responsibly."

The Republican-led Congress in 2017 approved lease sales in the refuge in the Tax Cuts and Jobs Act, and directed BLM to oversee them. Congress in 1980 set aside the coastal plain for possible development.

The federal agency’s recommendation came as efforts continue in Congress to halt drilling in the ecologically important region in northeast Alaska. Bills to stop the drilling, including one passed in the House on Thursday, aren’t expected to clear the Republican-led Senate.

The bigger question may be how much interest industry will show in the politically divisive and costly region near the Canadian border about which little is known by the oil industry.

Major oil company BP recently announced it will sell its long-held stake in the only well ever drilled in the refuge, an effort allowed in 1986 under an exception by Congress. The sale was part of BP’s decision to sell its Alaska assets to Hilcorp Alaska.

Conservation groups have argued that relatively little money will be generated by the lease sale, based on past sales in Alaska, countering a key rationale by the Trump administration that drilling in ANWR could be lucrative for the U.S. and Alaska treasuries.

Members of the Gwich’in Steering Committee, a voice for Gwich’in villages in Alaska and Canada that oppose drilling in the refuge, criticized the BLM report on Thursday. The Gwich’in people live outside the refuge but have hunted caribou in the refuge for eons.

“There is nothing final about this (environmental report) except that it demonstrates that this administration and the Alaska delegation will disregard our way of life, our food, and our relationship with the land, the caribou, and future generations to pander to industry greed,” said Bernadette Demientieff, the committee’s executive director.

Fran Mauer, a former federal wildlife biologist who worked in the refuge for many years, said the report has been “compromised by a rushed process, flawed analysis, and unethical manipulation of scientific findings by a corrupt administration.”

Oil exploration and development will hurt many species, including the Porcupine caribou herd ranging between Alaska and Canada, he said.

“It would be a colossal tragedy if this ploy is allowed to proceed, resulting in more carbon in the atmosphere of our already overheated planet, and the needless destruction of this last great wilderness,” he said in a statement sent by the Northern Alaska Environmental Center.

The Defenders of Wildlife said about three-quarters of the coastal plain is designated critical habitat for Beaufort Sea polar bears that increasingly spend time ashore as sea ice melts, and whose numbers are declining.

Development will lead to airstrips, roads and pipelines, plus oil spills and increased pollution, the group said in a statement.

“This Arctic National Wildlife Refuge leasing plan is another disgraceful example of the Trump administration’s continued rejection of environmental law, sound science and the wishes of the American people in protecting wildlife and wild lands," said Jamie Rappaport Clark, president of Defenders.

Most Alaskans support development in the coastal plain, said Marleanna Hall, executive director of the Resource Development, an industry trade group in Alaska. “This is a historic opportunity for Alaska,” she said.

The Arctic Slope Regional Corp., which owns subsurface lands in the coastal plain and represents Alaska Native shareholders from the ANWR region, issued a statement saying its concerns were included in the final report. It said oil exploration and production can “incorporate cultural and environmental protections while providing for the nation’s energy security.”

“This economic driver will provide opportunities for our people and our region, as well as the rest of the state and nation for years to come,” ASRC said.

The report’s release marks the “culmination of decades of work,” said Rep. Don Young, R-Alaska. “I have fought for responsible oil and gas development on the coastal plain since ANWR was created, and I am immensely pleased that we have reached this stage.”

“For decades, Alaskans have been urging their federal government to open the (coastal area) of ANWR for exploration,” said Sen. Dan Sullivan, R-Alaska. “At long last, Congress voted to allow it. Now, the administration is working diligently to fulfill Congress’ directions in a transparent and responsible process.”

The BLM report says the “likelihood of large-scale changes in caribou abundance, migration, or distribution are low.” But the preferred leasing plan would allow “the greatest amount of development in the calving areas” of the Porcupine caribou herd, with "the greatest potential to affect herd abundance and calf survival.”

Subsistence hunters will be potentially impacted, “both from impacts on subsistence species and from direct disturbance of hunts, displacement of resources from traditional harvest areas, and hunter avoidance of industrialized areas,” the report said.

Chad Padgett, Alaska director of the Bureau of Land Management, said restrictions under the recommended plan would include areas along rivers where the surface would be off limits for use. The plan could allow rare exceptions, such as for a pipeline that must cross a stream.

“For all the waterways, we have setbacks to provide for no surface occupancy to allow caribou to get away from insects,” he said.

Separate environmental reviews would have to be conducted in the future before any individual projects could be approved, he said.

He said a strong leasing program could create as many as 2,500 direct jobs during peak years and generate hundreds of millions of dollars annually in federal and state royalties.

The federal Energy Information Administration has estimated that about 3.4 billion barrels of oil would be produced in the refuge by 2050. The first drops of oil, if enough is discovered, aren’t expected to flow until at least 2027.

The Interior Department could approve a final leasing plan next month, selecting the preferred option, modifying it, or going with other alternatives. The BLM hopes to hold a lease sale before the end of this year, Padgett said.

[‘A historic moment’: How ANWR drilling was passed by Congress after decades of effort]

[Before the Arctic refuge is drilled: Lawsuits, studies and a decade of waiting]