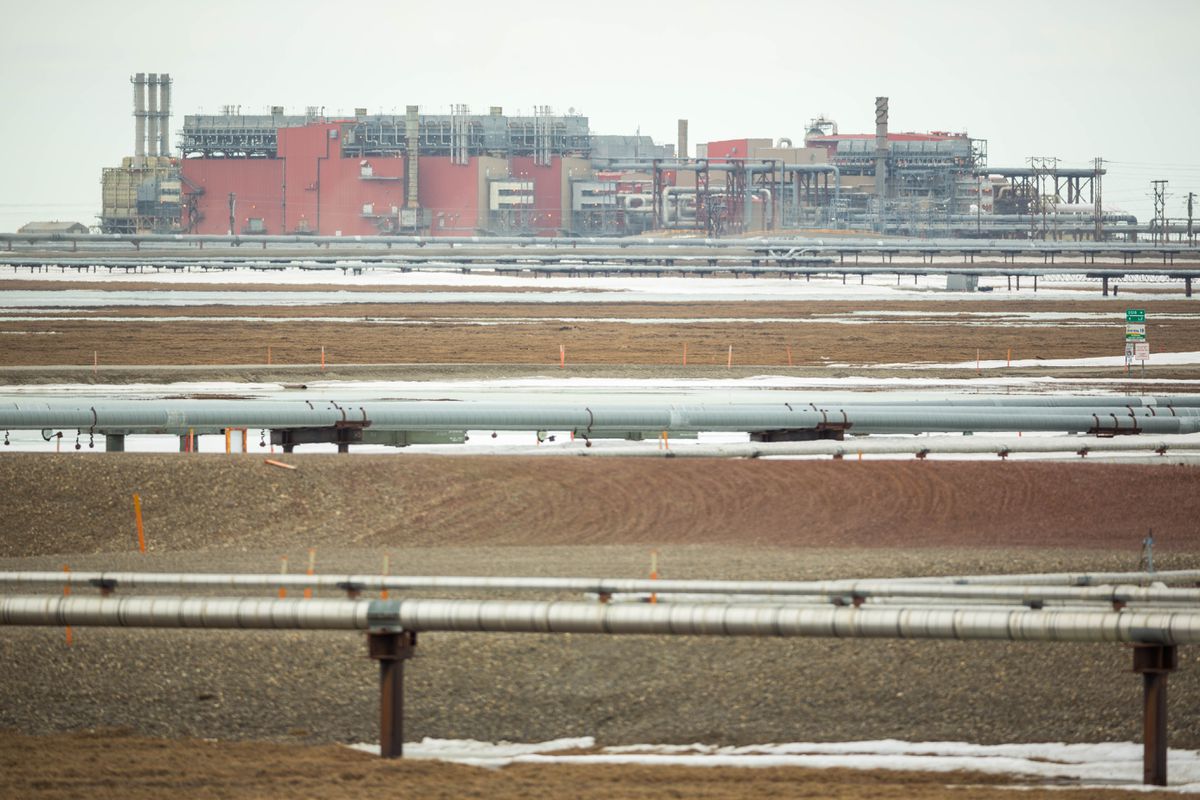 State regulators on Thursday are poised to decide whether Hilcorp Energy can keep its finances private as it seeks to acquire BP Alaska’s assets for $5.6 billion.

Because it is a privately owned company, little is publicly known about Hilcorp’s financial picture. For skeptics of the deal, a major question has been whether Hilcorp has the financial muscle to pull off the large acquisition without putting important obligations, such as infrastructure maintenance, at risk.

Two major credit rating agencies, Moody’s Investors Service and Standard & Poor’s, have expressed concern that the oil company will take on large amounts of debt to finance the deal.

Analysts with both agencies have described Hilcorp’s current rating as a good one. But if Hilcorp borrows too much, the agencies could downgrade the oil company’s rating. That would make it more expensive for Hilcorp to borrow money because investors will demand larger interest payments.

If Hilcorp borrows too much, it could put itself and investors at financial risk, said Jim Posey, a former commissioner for the Alaska Public Utilities Commission, a precursor to the Regulatory Commission of Alaska. (The RCA is the state agency that will decide whether Hilcorp’s finances can be kept confidential.)

[Hundreds of BP Alaska employees begin to move on, with a mix of feelings from ‘bittersweet’ to ‘ecstatic’]

“I think the rating agencies are looking at them and saying this is a big bite for them, and in an environment where oil is somewhat in decline, they’re rightfully asking, ‘What is the prospect of this investment?’” said Posey, also former general manager for Anchorage Municipal Light & Power.

Hilcorp did not respond to requests for comment for this article, including how much money it might seek to borrow to finance the acquisition.

“With a seasoned management team, (Hilcorp Energy) has continued to demonstrate a strong track record of replacing production and adding reserves through the drill bit and via targeted acquisitions,” Moody’s said in the report.

But the company’s debt levels rose over the past year, the report said.

While Hilcorp will grow significantly as it acquires BP Alaska’s oil production and reserves, it also has future expenses to account for, including retiring old assets, Moody’s said in the report.

“If the BP acquisition were to be mostly debt funded, debt levels ... could approach $6 billion from the roughly $2.6 billion outstanding at September 30,” Moody’s said.

Hilcorp can avoid a rating downgrade by employing “a prudent mix of debt, an equity infusion, and/or alternative funding," Moody’s report said.

Hilcorp has done well under the leadership of its billionaire founder, Jeffery Hildebrand, the report said.

“The singular control Mr. Jeffery Hildebrand wields over (Hilcorp Energy’s) operations through his ownership of (Hilcorp Energy’s) general partner is also considered in its credit profile; however, the company has prospered under his control and leadership, while maintaining a strong operating profile,” Moody’s said.

Andrew Brooks, a Moody’s analyst, said in November that the credit rating agency needed to see Hilcorp’s financial plans for the acquisition as part of its credit review of the company.

Standard & Poor’s put Hilcorp on notice of a possible ratings downgrade in August, shortly after the deal with BP was announced. A review that could lead to a downgrade will be closed once the sale is complete, perhaps late this spring, the agency said.

Ben Tsocanos, an analyst with Standard & Poor’s, said the agency has seen Hilcorp’s financial plan. The plan is not publicly available, he said.

“We were of the opinion they’d go to market around now (to borrow money),” Tsocanos said.

“In general, they are a pretty decent operator,” Tsocanos said of Hilcorp.

But the newspaper said in that report that coronavirus fears had increased challenges for energy companies trying to borrow money. That could help put pressure on Hildebrand to contribute some of his own money to help pay for part of the deal, the newspaper reported.

Denali Kemppel, general counsel for Hilcorp Alaska, told state lawmakers on Feb. 26 that Hilcorp, with its history of acquisitions, has built relationships with a sophisticated group of banks. The company is in discussion with those banks to help determine the best plan, she said.

“We are currently still evaluating all options to finance the transaction,” she said, noting that Hilcorp has made two payments to BP for a total of $500 million, with future payments planned.

BP and Hilcorp have addressed public concerns about Hilcorp’s financial capabilities in statements filed with the Regulatory Commission of Alaska.

Hilcorp is not trying to avoid responsibility to prove it’s “sufficiently well-capitalized," and is instead concerned that disclosing its finances will hurt its competitive advantage, the oil companies said in a document it sent to the commission in December.

The oil companies have also said Hilcorp has provided all required documents to regulators overseeing the sale.

Corri Feige, the Alaska Department of Natural Resources commissioner, has said the company has been transparent and forthcoming in providing information the state needs to oversee the transaction, including for a “stress test” to determine Hilcorp’s ability to respond to a major accident should one occur.

Monday’s oil price crash could delay Hilcorp’s plans to borrow money, said Tsocanos with Standard & Poor’s. Prices plunged more than 20%, amid a price war between Saudi Arabia and Russia and depressed demand due to the coronavirus outbreak.

Prices for North Slope crude fell below $35 a barrel on Monday, levels not seen in four years.

For now, the lower prices could make it more difficult for Hilcorp to borrow cash at favorable terms, Tsocanos said.

“I don’t think it’s realistic for them to go to capital markets with oil at $35 (a barrel), so I think they will wait for the dust to settle a little bit,” Tsocanos said.

Monday’s oil price crash eroded a large chunk of Hildebrand’s wealth, according to Tom Metcalf, a reporter with Bloomberg.

Hildebrand’s estimated wealth fell from $5.4 billion to $2.4 billion, pushing him off the list of the world’s 500 wealthiest people, Metcalf said in an email, citing calculations from the Bloomberg Billionaires Index.