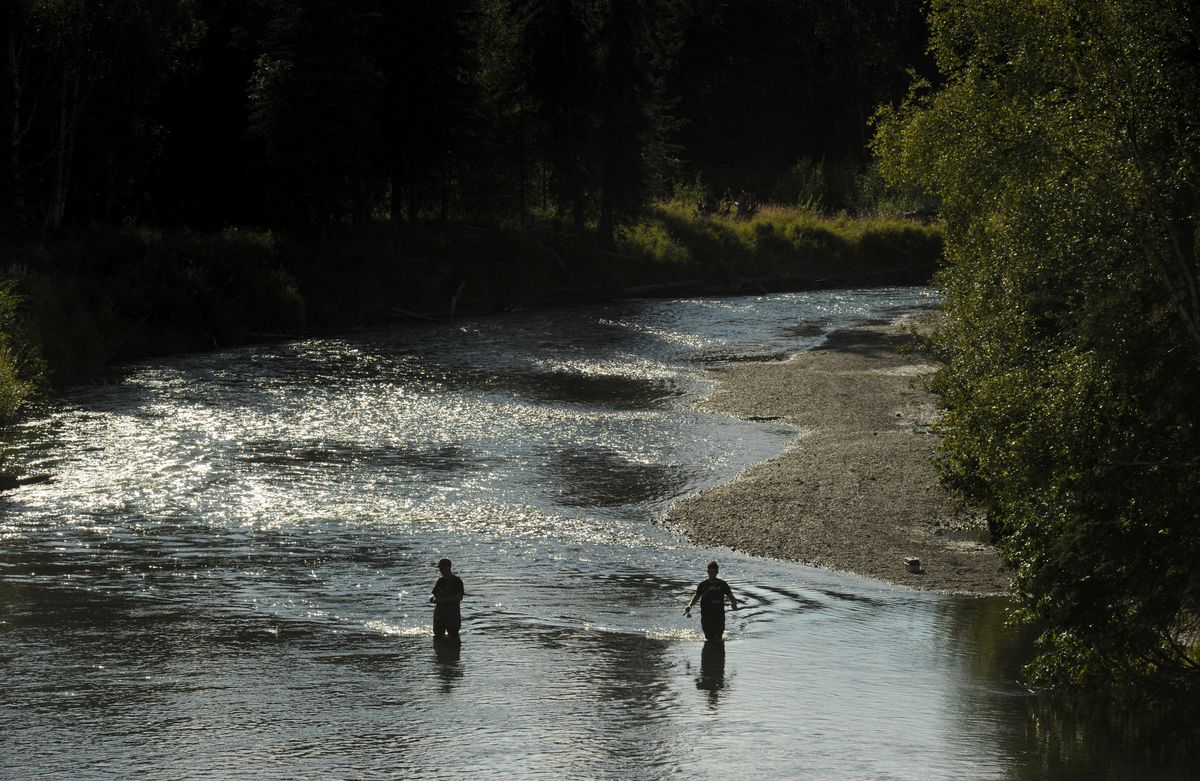 The Deshka and Little Susitna rivers will be closed to fishing for coho through Sept. 30, according to a pair of emergency orders issued by the department Monday. The closure also impacts the Deskhka for a half-mile radius where it empties into the Susitna River.

On the Deshka, area management biologist Sam Ivey said a combination of all three factors prompted the closure.

“The combination of high temperatures and extremely low water -- about as low as we’ve seen it -- can really have an effect on fish passage,” Ivey said Tuesday.

In July, the Deshka was measured at above 81 degrees, according to environmental watchdog Cook Inletkeeper, which operates temperature sensors in four Cook Inlet drainages.

Ivey said recent water temperatures in the river have been running as high as 20 degrees Celsius (68 Fahrenheit).

The department hasn’t seen fish die-offs from the warm water, but Ivey said high temperatures can result in stressful conditions for spawning salmon due to lower levels of oxygen in the water. However, the large Deshka drainage has cooler tributaries where salmon can hide out from the heat, he said.

Southcentral Alaska has seen a dearth of rainfall this summer, helping fuel wildfires in the area. Anchorage has broken multiple records for hot weather, with August continuing a trend seen in June and July.

On the semi-glacial Little Susitna, warm water hasn’t been as big a problem as lack of water. According to the U.S. Geological Survey, the Little Su is at historically low levels, with daily discharge dropping to a paltry 104 cubic feet per second this week. That compares to an average for this time of year around 300 cubic feet per second. Last year at this time, the river was discharging roughly 600 cubic feet of water per second.

Almost no fish are making it upriver, according to the department’s online fish counts. On Aug. 19, none were counted, and just five trickled through in the two days before that. So far this summer the Little Su has seen just 3,841 fish pass the department’s weir — about half of last year’s total. The river’s sustainable escapement goal is 10,100 to 17,700 fish.

Silvers typically move with rainfall, and Ivey said things aren’t likely to get any better until the unseasonable conditions end -- especially since there don’t appear to be large numbers of fish holding at the mouths of either river.

“We need a lot more fish to come through to make the escapement goals," he said.

According to the National Weather Service, there’s a slight chance of rain showers in the area starting Thursday, with clouds and a chance of rain forecast through the weekend.

Ivey, a lifelong Alaskan and the Mat-Su area management biologist since 2010, said he’s never seen such a prolonged period of warm, dry weather this late in summer.

“In most years when that happens it’s only for a short period of time, and then boom, you get some rain,” he said.