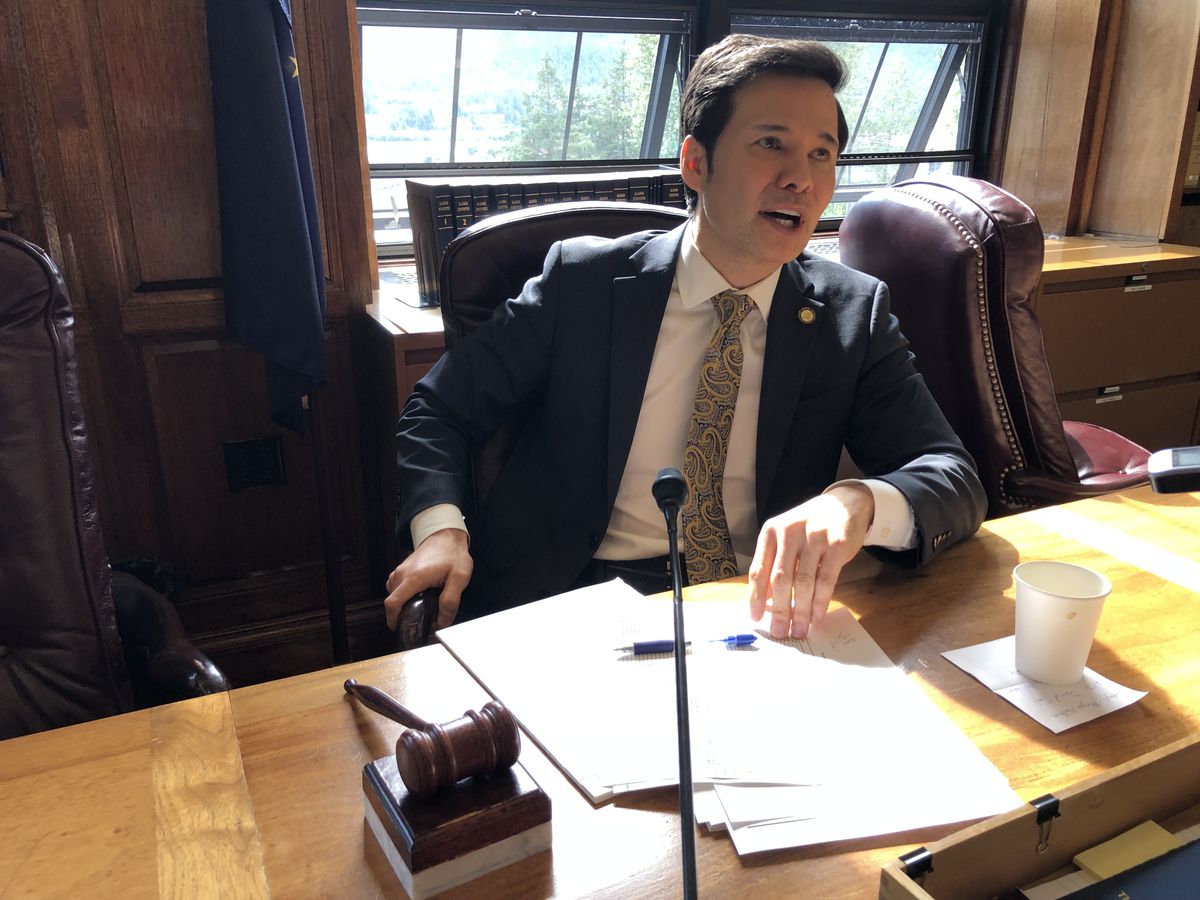 JUNEAU — Hours after the Alaska House of Representatives failed to fix two of the state’s four major fiscal issues, the Alaska House Finance Committee voted 7-3 to advance a fix for the two others.

House Bill 2001, now scheduled to appear in front of the full House on Tuesday, would reverse all but $92 million of Gov. Mike Dunleavy’s $444 million vetoes from the state operating budget. In addition, it would pay a $1,605 Permanent Fund dividend using money from the Statutory Budget Reserve and what remains in the state’s general fund after other government expenses are paid.

The University of Alaska declared “financial exigency” Monday after Dunleavy vetoed $130 million from its state subsidy atop $5 million cut by the Alaska Legislature. House Bill 2001, as currently written, would restore $110 million, shrinking the governor’s cut to $20 million.

[In a 10-1 vote, University of Alaska Board of regents declare ‘financial exigency’]

Twenty-one votes will be needed to pass HB 2001 from the House and to the Senate. If the Senate concurs with the bill, it would go to Dunleavy’s desk for approval or veto. Given that the coalition House majority has 23 members, HB 2001 is likely to pass the House if it comes to a final vote.

Compare that to Senate Bill 2002, which would have addressed the state’s two other major fiscal issues: the capital budget and reverse sweep. As written, SB 2002 requires 30 votes in the House, and it has twice failed to reach that mark. (SB 2002 passed the Senate on Saturday.)

According to the text of the bill and documents provided to the finance committee, the largest preserved veto is the governor’s decision to cut half the money from the state’s school bond debt reimbursement program. That veto, worth $48.9 million, will have to be paid by municipalities instead and may result in local tax increases unless cities and boroughs cut their own budgets instead.

In addition to the $20 million preserved from the university veto, lawmakers also propose to keep a $19.7 million veto involving funding for rural schools. All of the remaining kept vetoes are less than $500,000 apiece, and most involve money taken from state departments’ travel budgets.

“This keeps approximately $100 million of the governor’s vetoes still out,” said Brodie Anderson, a budget staffer to Rep. Neal Foster, D-Nome and co-chair of the House Finance Committee.

Erin Shine, a budget staffer to Rep. Jennifer Johnston, R-Anchorage and the other House Finance co-chair, said other sections of the bill pay for a “surplus Permanent Fund dividend."

As he explained to the rest of the committee, members of the House coalition majority wanted as large a dividend as possible without overspending from the Alaska Permanent Fund. Using the Statutory Budget Reserve is an added boost, he said.

“This was as far as those folks could go. ... They’re not wanting to go into savings,” he said.

Rep. Colleen Sullivan-Leonard, R-Wasilla and a member of the House Republican minority, said she isn’t sure about that proposal.

“I have concerns with the Permanent Fund dividend piece here," she said.

Sullivan-Leonard is among the lawmakers in the Legislature who supports a $3,000 dividend paid using the traditional formula in state law. She pressed staffers and her fellow lawmakers, asking them why the bill uses the Statutory Budget Reserve instead of the Alaska Permanent Fund, which contains ample money.

Shine, responding to Sullivan-Leonard, explained that paying a traditional dividend atop current rates of spending would require violating limits put in place by the Legislature last year.

“It would protect more of the earnings reserve and the corpus (of the Permanent Fund)," said Johnston, following up on Shine’s comment.

Sullivan-Leonard was not satisfied with that answer, saying later, “I don’t find this to be a compromise bill. I appreciate the work being done, but we’re not done yet, and hopefully we can make some necessary changes when the bill hits the floor."