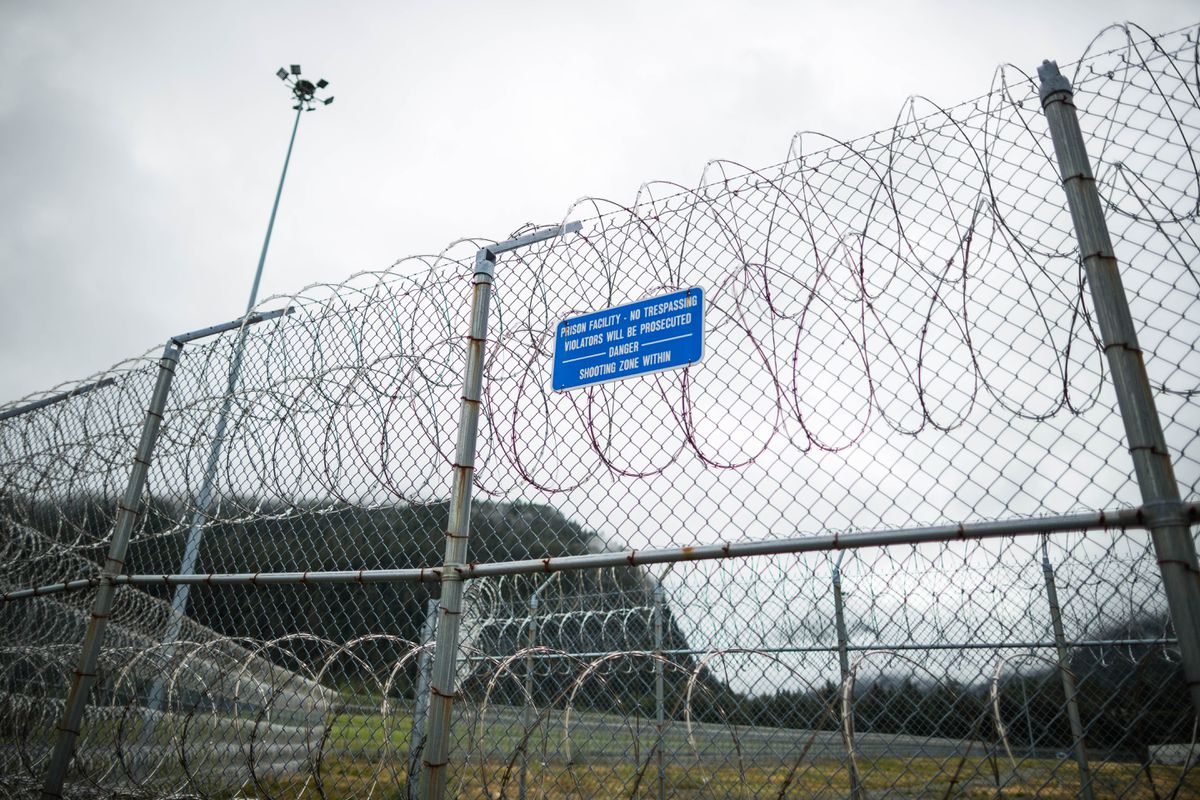 The Alaska Department of Corrections is no longer pursuing a plan to send up to 500 prisoners Outside the state to alleviate overcrowding, commissioner Nancy Dahlstrom announced Thursday.

Dahlstrom told state legislators at a committee hearing in Juneau the state “would not be moving forward” with a plan to award a contract for housing the inmates. The department was already behind schedule on a contract, which had been expected in December.

“We have identified in-state solutions to address the growing population and immediate burden on our system,” she said in a statement.

Instead, the DOC will “pilot a dedicated re-entry community residential center” to ease overcrowding in Alaska jails and prisons and renovate the shuttered Palmer Correctional Facility.

The proposal to ship inmates Outside has been controversial since Gov. Mike Dunleavy’s administration proposed it last year. Some state legislators and others had objected to the proposal, saying it amounted to “criminal college” for the prisoners who left the state.

They tried to block the proposal, but Dahlstrom announced in October that the state would solicit contracts. In response, lawmakers proposed a bill to block the practice.

Dahlstrom announced the end of the administration’s plans during the first hearing of that bill.

“I am not going to be awarding a contract. The timing of the committee today gave me the perfect opportunity for sharing this information,” she said.

“I just want to applaud Commissioner Dahlstrom’s decision,” said Josh Wilson of the Alaska Correctional Officers Association as he testified during the hearing.

The proposed re-entry halfway house will open up 100 beds in institutions, DOC spokeswoman Sarah Gallagher said in an email Thursday. Only inmates with less than a year on their sentence would be eligible.

Gallagher wouldn’t say where it will be located. The department expects to have the halfway house running before summer 2020, she said.

The DOC will also work on fixing building issues at the currently shuttered Palmer Correctional Center, which has a potential capacity of 514 inmates.

The $8 million project will include “upgrades to the control room, perimeter fence alarm and security locks, upgrades to the sprinkler system,” along with fixes to deteriorating ceilings and walkways, according to the department.

Dahlstrom said during the meeting that opening the Palmer prison would take between a year and 18 months, “but I will tell you that we are going to accelerate that as quick as we safely can.”

With Palmer and the new halfway house running, the DOC “does expect to address the overcrowding,” Gallagher said.

Dahlstrom said the state prison system has 90 open positions for correctional officers, or about 10% of the entire Department of Corrections staff. Hiring prison guards has been a significant hurdle in reopening the Palmer prison.

Alaska’s prison population has grown rapidly since lawmakers last year repealed most of Senate Bill 91, a criminal justice reform program derided by the public. By Nov. 15, the state’s prisons were 96% full, according to previously published figures.

Dahlstrom said Friday that over 51% of prison inmates have not been sentenced and are awaiting trial.

In response to the burgeoning population, the state proposed in October to send some prisoners out of state. The budget proposed by the governor in December included $18 million in funding for the fiscal year starting July 1.

That funding, if continued, would represent the reversal of almost a decade of state policy.

Last year, federal prosecutors indicted members of a white supremacist gang that arrived in the state in 2010 when Alaska inmates returned from Outside prisons. Similar cases earlier in the decade prompted the state to build Goose Creek Correctional Center to house prisoners within the state instead of Outside.

The experience caused state legislators to label Outside prisons as “criminal college,” and when Dunleavy proposed in early 2019 to resume the practice, lawmakers denied the request and set aside money specifically to reopen Palmer Correctional Center instead.

That didn’t happen. Dahlstrom later said staffing issues and the condition of the prison — which closed in 2016 — prevented the Department of Corrections from reopening it as the Legislature wished.

Lawmakers remained opposed to sending inmates Outside, however, and Rep. Zack Fields, D-Anchorage, introduced legislation this year to ban the practice. The idea has bipartisan backing in the House, with Republican Rep. George Rauscher, R-Sutton, and Republican Rep. Sharon Jackson, R-Eagle River, prepared to support it.

In a written statement, Fields said Thursday’s decision "saves money and will help make Alaska safe by keeping gangs out of our state.”