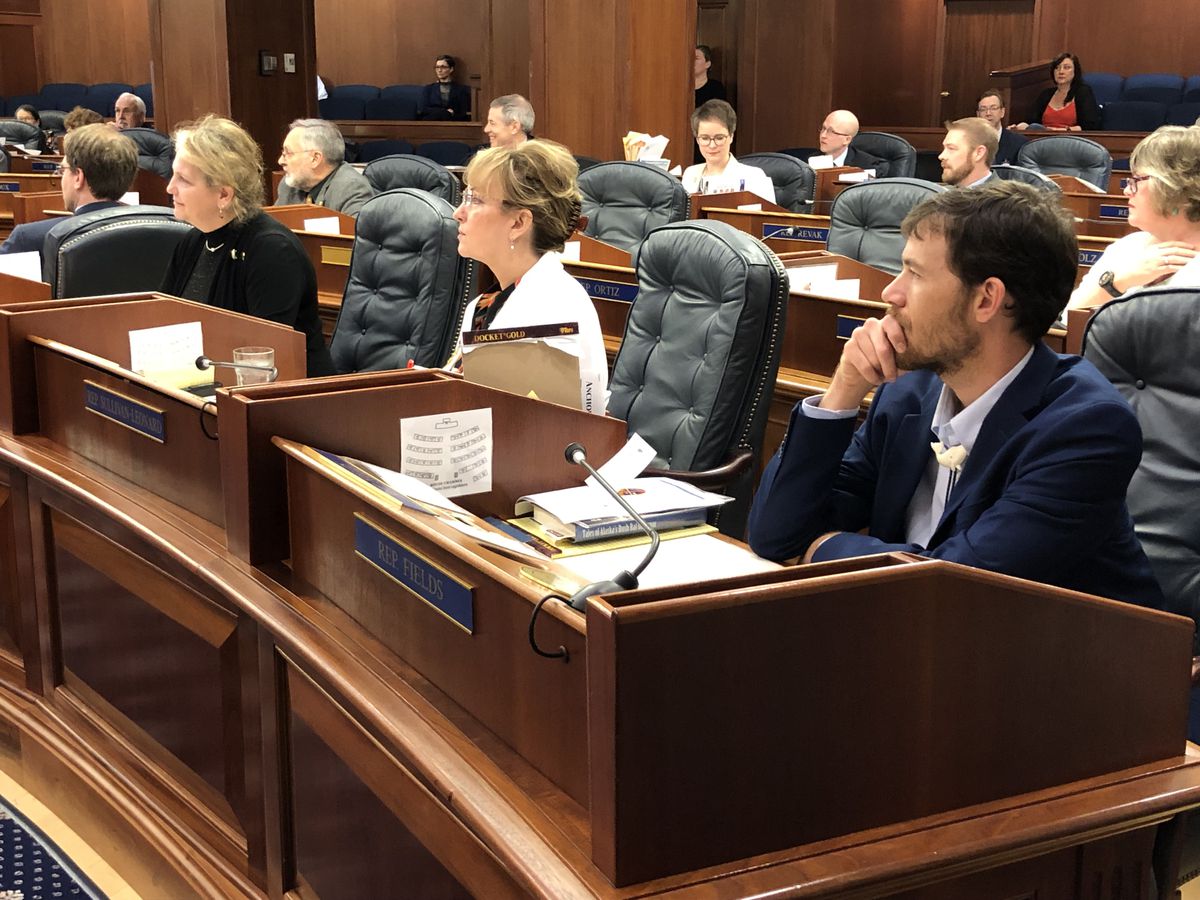 JUNEAU — After 150 days in session, the Alaska Legislature adjourned Thursday with its work still incomplete.

Though the state’s capital construction and renovation budget remains mostly unfunded, endangering a swath of state programs and almost $1 billion in road construction projects, the governor has placed a single item on that special session agenda: a transfer from the Alaska Permanent Fund “for the payment of permanent fund dividends” under the traditional formula.

“Once the PFD is addressed, the other budgetary items will come into play,” said Dunleavy press secretary Matt Shuckerow.

The governor’s agenda is a nod to the position of the Republican House minority, which has linked the unfinished items on this year’s legislative agenda. Earlier this week, the 15-member minority said it will not agree to fund the capital budget unless legislators first agree to pay a traditional Permanent Fund dividend.

Lawmakers appear to have averted a statewide government shutdown by passing a state operating budget, but the capital budget’s failure leaves them with another impending deadline. Each year, the state receives several hundred million dollars from the federal government for road work. In order to get that money, the state has to pledge cash of its own, and that cash is within the capital budget.

“This is an incomplete budget," said Sen. Natasha von Imhof, R-Anchorage, of the capital budget.

Von Imhof is co-chairwoman of the Senate Finance Committee and said lawmakers have about “six weeks" to act on the capital budget.

This isn’t the first time lawmakers have confronted such a deadline. Two years ago, legislators didn’t pass a capital budget until late July.

This year, the failure of the capital budget and an accompanying procedural vote known as the “reverse sweep” will cause problems before that. The state operating budget relies on spending from a series of savings accounts designated for particular programs. Under the constitution, those savings accounts are automatically emptied and deposited into the Constitutional Budget Reserve each year unless three-quarters of lawmakers approve the reverse sweep, and they always have — until this year.

Without the reverse sweep, von Imhof said earlier this week, “there could be up to $323 million in holes all over the budget.”

That issue is competing for attention with the problem of the Permanent Fund dividend.

Dunleavy has said he believes the Legislature’s work will not be done until lawmakers approve a $3,000 dividend paid using the traditional formula in state law. The House and Senate have each rejected a $3,000 dividend.

An eight-member bicameral working group has been convened in an attempt to iron out a compromise before the next special session begins.

The first special session does not end without progress. When Dunleavy convened it, he placed five items on the agenda: education funding, the operating budget, the mental health budget, the capital budget and anti-crime legislation.

The operating budget, mental health budget and anti-crime legislation have since passed the House and Senate and are awaiting the governor’s approval. The issue of education funding has resulted in a dispute that appears bound for the Alaska Supreme Court.

Looking ahead, more than a few lawmakers have expressed reluctance to convene a special session in Wasilla. While lawmakers are required under the constitution to begin a special session there, they are not required to remain. Legislators could begin the special session, immediately end it, then reconvene in Juneau or elsewhere, setting their own agenda in the process.

The governor has previously said that calling a special session on the state road system would allow greater public participation.

“At this point, a change in venue is necessary to refocus the conversation and remind lawmakers about the people and their PFD,” he said in a statement accompanying his proclamation Thursday.

Begich referenced the Matanuska-Susitna Borough’s support for the governor and a traditional dividend, pointing to a recent rally held by the governor.

“He’s looking to intimidate people,” Begich said of the governor.

“We’re still exploring our options,” Speaker of the House Bryce Edgmon, I-Dillingham, said after a closed-door meeting of the coalition House majority. “Obviously, the move to anywhere outside of Juneau involves a lot of logistics. It involves a lot of considerations relative to convening the House and Senate. So we’re considering all that entails.”

After the Legislature adjourned, members of the 14-person Legislative Council (which acts for the Legislature out of session) voted 12-2 to retroactively pay lawmakers per diem expenses for time spent in special session.

Last year, lawmakers approved House Bill 44, which states that lawmakers cannot receive per diem after the regular session until they approve a state operating budget. Under an interpretation of that law, lawmakers may earn — but not collect — per diem during that period.

Rep. Tammie Wilson, R-North Pole, said that wasn’t her interpretation when she voted on the bill. Sen. Bert Stedman, R-Sitka, said paying per diem to lawmakers present in Juneau is important to make serving in the Legislature affordable for all possible lawmakers.

“I don’t want to see us restrict membership in the Legislature to retired, financially set Alaskans,” he said.

The cost of the retroactive payments will be determined by the number of days, at $302 per day, claimed by lawmakers.