In Alaska primary elections, it’s Republican versus Republican, with dividends as the battleground 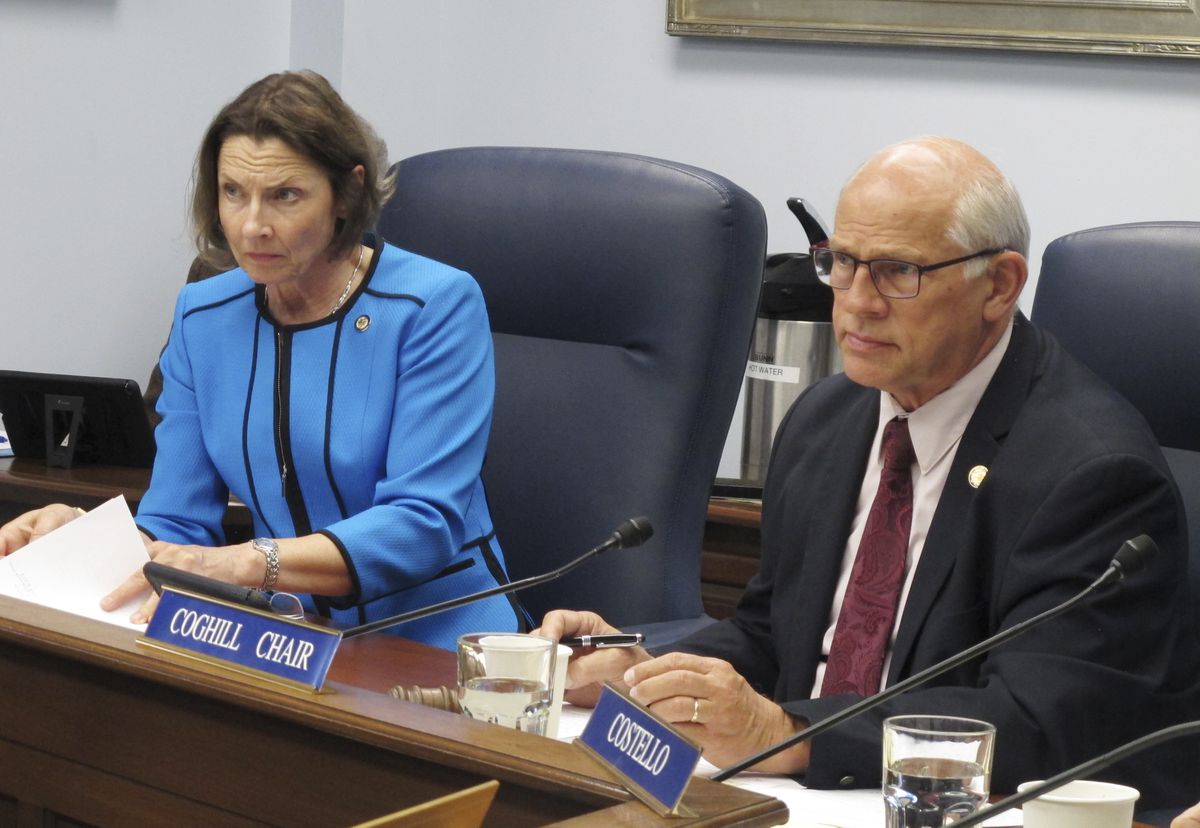 Sen. John Coghill has been a registered Republican for 50 years. His father was one of the framers of the Alaska Constitution. Coghill himself has been in the Alaska Legislature for 21 years, serving as a reliable Republican in the House and Senate, staunch in opposition to abortion.

But this year, he’s found himself challenged by fellow Republicans. For the first time since 2002, Coghill has a primary election challenger.

Coghill and other incumbent Republicans in the Alaska Legislature are facing harsh criticism from fellow party members for their votes on the state budget, their attitude toward the Permanent Fund dividend and their support of legislative rules that punish dissent.

“Those three things are taking up maybe 80-90% of the oxygen in the room,” said Robert Myers, who is challenging Coghill.

“There seems to be some dissatisfaction with the Republicans that are in office, that’s for sure,” said Harold Borbridge, one of two Republicans challenging incumbent Sen. Josh Revak in south Anchorage.

The Republican primaries matter because in many Alaska statehouse districts, there is little or no Democratic opposition. Although the Nov. 3 general election will deliver the final verdict, the Aug. 18 primaries decide many legislative seats.

Of the three principal issues raised by Republican candidates, the Permanent Fund dividend is the biggest, candidates say.

“Within the Republican ranks, the dissatisfaction over the handling of the Permanent Fund, I think, is a primary driver,” Coghill said.

But after the election, several House Republicans joined Democrats and independents to create a coalition majority in the House. In the Senate, Dunleavy’s campaign promise of a larger Permanent Fund dividend was foiled by Republicans and Democrats who said it would increase the state’s deficit or spend too much from the Alaska Permanent Fund.

Lance Roberts of Fairbanks has supported Coghill for nearly 30 years but recently became a harsh critic, using his Fairbanks Conservatives newsletter to blast the sitting senator.

“There were expectations built on that (election result) from all the people who had voted for Dunleavy and liked what he stood for, and now they’ve found out that legislators who they thought were part of the team — suddenly weren’t,” Roberts said, explaining the contention among Republicans.

“Obviously, there’s a huge division in the state between — I’m going to call them conservatives and moderates — among Republicans,” Roberts said.

On an objective political spectrum, Coghill is among the most conservative members of the Alaska Senate. But this year and last, he was one of seven Republican senators who supported a smaller dividend in an effort to reduce the state’s deficit while avoiding new or higher taxes.

That makes him a moderate in the eyes of Republicans who favor a larger dividend paid with the formula the state used from 1982 to 2015.

Among the “moderate” Republicans facing reelection, Senate President Cathy Giessel, R-Anchorage, has been under particular attack from the right. Running against Giessel this year is Roger Holland, whose campaign platform says he wants a statewide vote before paying any dividend outside the formula.

The vitriol against Giessel is particularly harsh: Some Republican voters have referred to her as a “liar, looter, traitor and thief”, saying that she and other leading Republican members of the Senate have unfairly punished their pro-dividend colleagues.

For these voters, the issue of the “binding caucus,” an obscure agreement among legislators, is a particular concern. Each year, the House and Senate are controlled by whoever controls a majority of the seats in the chamber. To enforce order, those governing groups usually ask their members to enter into a voluntary agreement saying they will vote together on procedural and budgetary issues. In exchange, those members receive additional legislative staff, better offices and spots on legislative committees that allow them to affect the flow of legislation.

Last year and this year, some pro-dividend Republicans said they were unable to vote for a smaller dividend and could not follow the terms of the binding caucus. That led Senate leaders to remove them from committees and strip them of staff, though they are not prohibited from voting and remain members of the Legislature. Sen. Mike Shower, R-Wasilla, was one of the affected lawmakers and has since launched a campaign to prohibit the binding caucus rule.

While Shower is not facing election this year, many of the Republicans challenging incumbents have made the binding caucus a personal issue. In a June 18 forum hosted by the (Matanuska) Valley Republican Women, every participating candidate was asked their position on the issue, and almost all of them said they would not join such an agreement.

In South Anchorage, where Borbridge is running against Revak, the challenger has called for Revak, Giessel and a handful of other Republican senators to be charged with bribery because he believes an agreement on the binding caucus led to Revak’s confirmation for a vacant Senate seat.

“I think Josh Revak is a criminal and should be charged as such,” he wrote online.

Revak called the claims ludicrous and “a 100% false narrative.”

Party officials side with some challengers

It’s unusual for an incumbent Alaska state legislator to lose his or her primary. In 2018, Rep. Charisse Millett, R-Anchorage, was the only lawmaker to lose her seat in August. Two incumbents lost in 2014, the first time the current district boundaries were used.

That said, incumbents can suffer if voters’ dissatisfaction grows too great. In 2016, four House incumbents lost their races, and two more were defeated when they ran for Senate. That year, Democrats suffered losses alongside Republicans. This year, it seems as if incumbent Republicans alone are facing significant challenges, and in some cases, those challenges are being encouraged by local party officials.

Local officials can endorse multiple candidates, meaning it’s possible for those incumbents to still receive a stamp of approval. In the meantime, the local endorsements mean party officials can spend money targeting incumbents for removal.

Knopp has been a particular target for disgruntled Republicans since he said in late 2018 that the Republicans elected to the House that year were not organized enough to form a controlling majority. Knopp became one of several Republicans to join the coalition House majority and was subsequently targeted by an unofficial recall campaign.

On Saturday morning, he was gathering campaign signs and supporters, bound for a “Fire Knopp” campaign rally.

In his view, the Republican Party “has swung too far to the right, way, way too far to the right,” and regardless of the results of this year’s elections, it’s going to be difficult for Republicans to control the House. As he sees it, Valley Republicans have such an extreme pro-dividend position that it would be difficult to find common ground with those in Anchorage and Fairbanks, let alone Democrats and independents.

“You don’t see the Democratic Party out attacking their own. You don’t see them going out and recruiting people to run against incumbents,” he said. “I think the Republican Party has run its course for the foreseeable future, and you’re going to see a coalition govern the House for the next few years.”