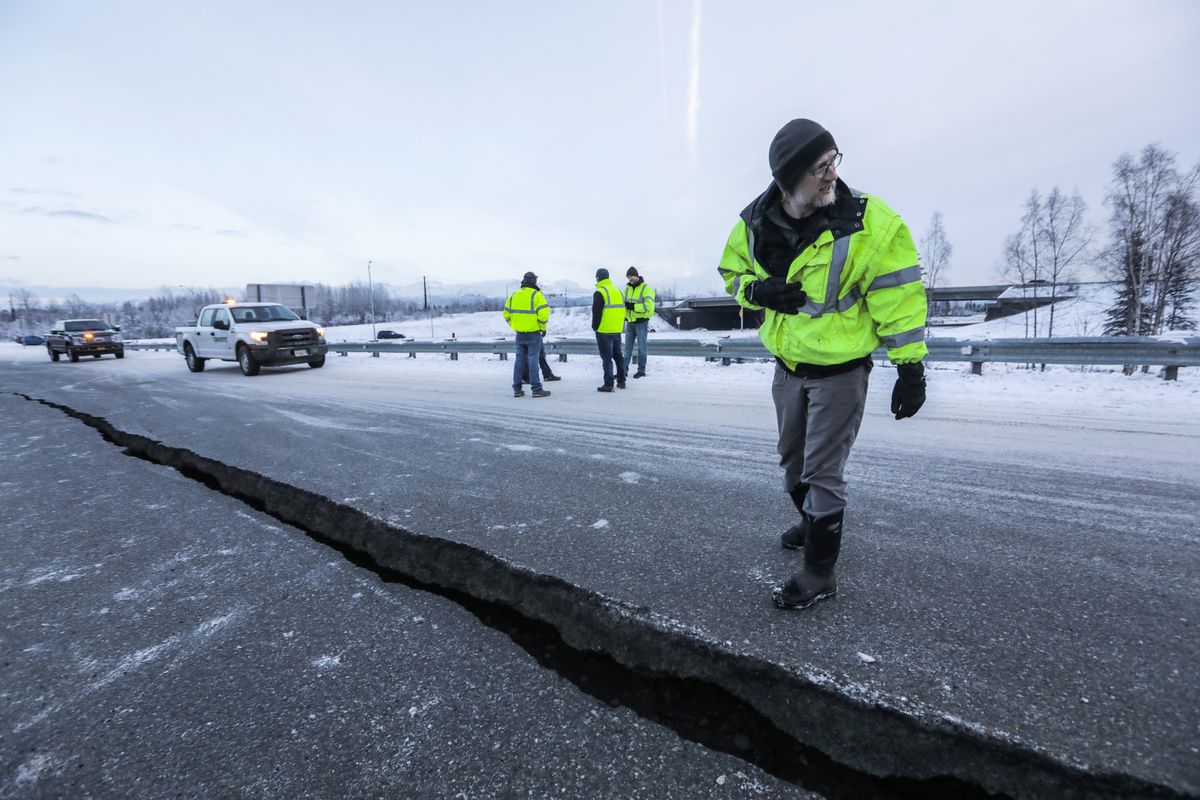 Alaska authorities were deploying planes, drones and engineers on foot Friday to get a handle on the scale of structural damage caused by the morning’s 7.0 magnitude earthquake.

Private businesses, including hotels, were also pulling in structural engineers to make sure buildings were safe.

In the hours after the quake, helicopters operated by the Alaska State Troopers and the Alaska National Guard flew over the Anchorage and Mat-Su region checking for major damage.

The Anchorage Police Department, meanwhile, sent out drones to check the north and south parts of the Anchorage Bowl. The aim was to look at major transportation links and record video, said Justin Doll, the police chief.

He said the drone operators were looking for big cracks and other signs of trouble to help narrow down future building assessments.

Even before the shaking stopped Friday morning, some 60 police officers also began to drive around checking for damage, Doll said.

Based on a priority list, the teams went to fire departments and police stations first. The team walks around the building looking for cracks or signs of shifting, said Chris Schutte, the city development director.

Next came hospitals and homeless shelters, where there are likely people who can’t easily evacuate themselves, Schutte said.

So far, the teams have seen a lot of drywall cracks and fallen ceiling tiles, but not major structural damage, Frost said.

If a potential problem is found, then a more in-depth structural analysis can be conducted, using infrared sensors, Schutte said.

Frost said private companies hire their own engineers, though the city can offer to help out.

At the Hilton Hotel in downtown Anchorage, a structural engineer went through the building and said it was safe, said Brandon Donnelly, the director of operations at the hotel.

Donnelly said the hotel was back to checking guests in and out as usual late Friday afternoon.